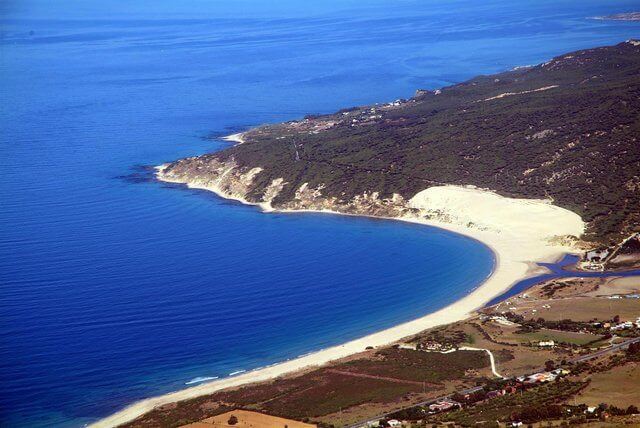 The spot of Tarifa more crowded of all by raiders, as well as by schools and by bathers in summer.
This influx of public is due to it consists of:
Two trendy beach bars, hotels and campsites, easy access to car parks, also has a large esplanade where campers and caravans parked. 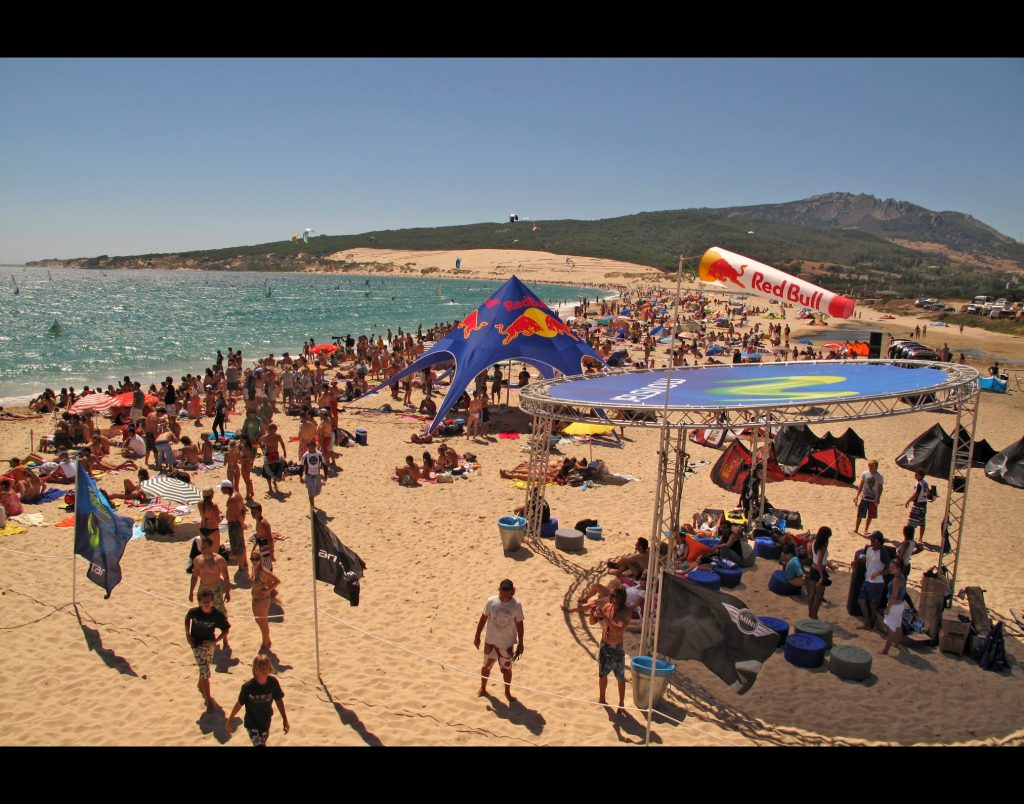 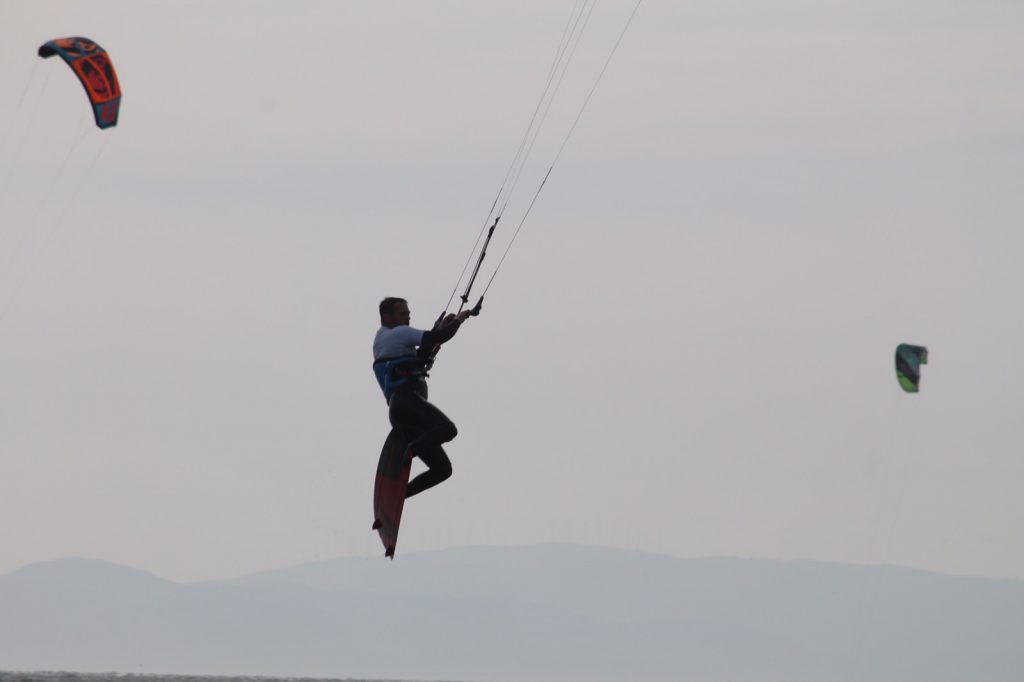 Sailing with winds of:
East and Southwest